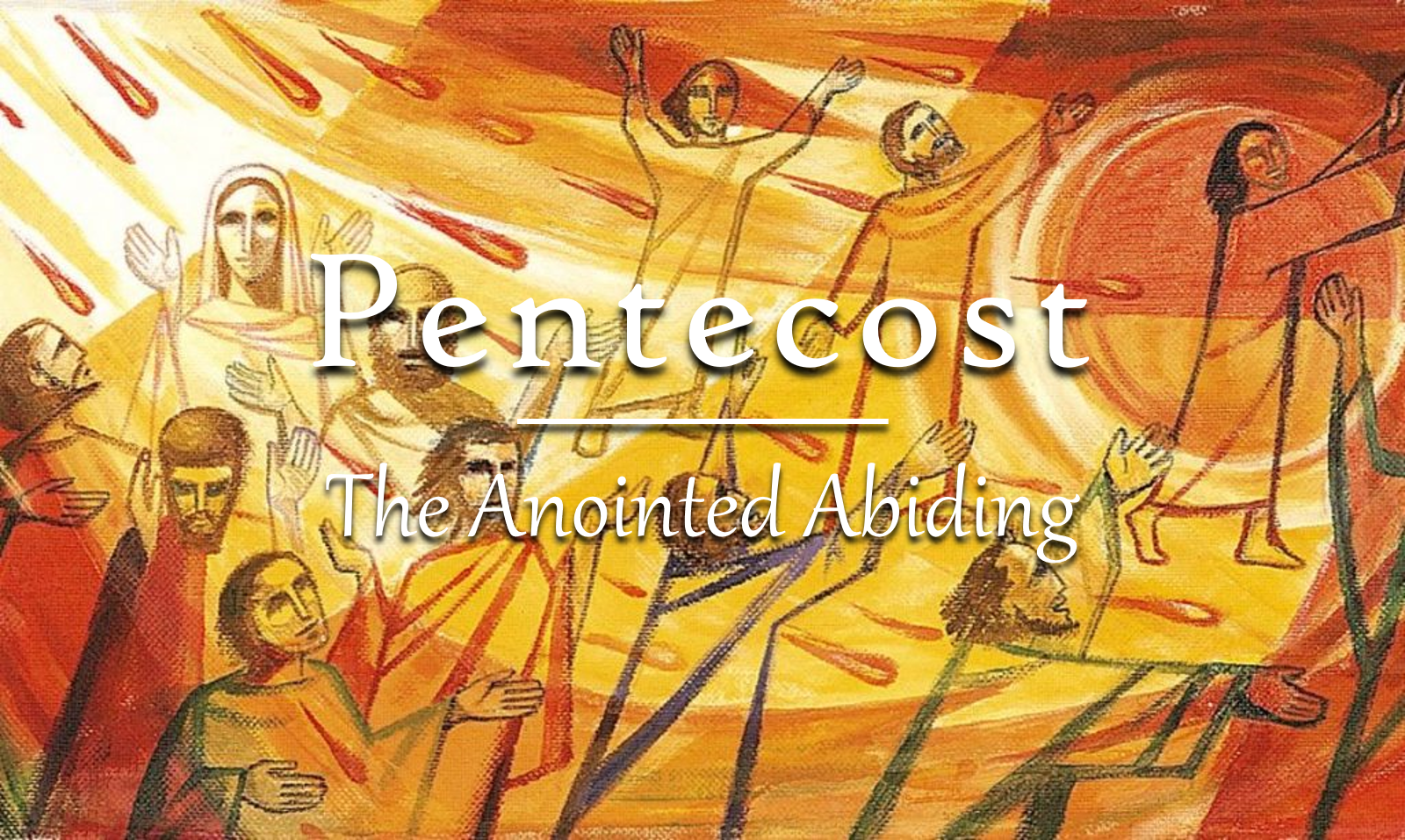 Sunday, May 31st 2020, marks the Day of Pentecost, celebrated in multiple denominations and branches of the Christian faith. With the multitude of expressions of the Christian faith comes also a multitude of ways the days is acknowledged. From the mundane hat tips to the day’s existence, to extravagant and magnificent events staged across the world, Pentecost is the recognized birthday of the Church. This begs the question, “what is Pentecost?”

In the Book of the Acts of the Apostles, Luke records this day as such: “When the day of Pentecost arrived, they were all together in one place. 2And suddenly there came from heaven a sound like a mighty rushing wind, and it filled the entire house where they were sitting. 3And divided tongues as of fire appeared to them and rested on each one of them. 4And they were all filled with the Holy Spirit and began to speak in other tongues as the Spirit gave them utterance.” (Acts 2:1-4 ESV)

There is much to be said about this day. There are also so many questions that come out of this brief moment in history. Though there is very little agreed upon regarding what this day meant and how it should be viewed in the midst of modern Christian living, one thing can be certain. Something significant shifted in the heavenly places.

To understand this moment and what it means for us, we have to first visit a Christmas theme—Emmanuel. Jesus was an immediate fulfillment of the idea “Emmanuel” or “God with us”. Yet, He taught that He would send us the Holy Spirit to continue this presence and further the mission of “seeking and saving the lost.” (cf. Jn. 14:15-27; Lk. 19:10) What’s noteworthy in John’s Gospel account (14:15-27) is Jesus speaking of the Holy Spirit as a fulfillment of His own presence in the believers’ lives.

15“If you love me, you will keep my commandments. 16And I will ask the Father, and he will give you another Helper, to be with you forever, 17even the Spirit of truth, whom the world cannot receive, because it neither sees him nor knows him. You know him, for he dwells with you and will be in you. 18“I will not leave you as orphans; I will come to you. 19Yet a little while and the world will see me no more, but you will see me. Because I live, you also will live. 20In that day you will know that I am in my Father, and you in me, and I in you. 21Whoever has my commandments and keeps them, he it is who loves me. And he who loves me will be loved by my Father, and I will love him and manifest myself to him.” 22Judas (not Iscariot) said to him, “Lord, how is it that you will manifest yourself to us, and not to the world?” 23Jesus answered him, “If anyone loves me, he will keep my word, and my Father will love him, and we will come to him and make our home with him. 24Whoever does not love me does not keep my words. And the word that you hear is not mine but the Father’s who sent me. 25“These things I have spoken to you while I am still with you. 26But the Helper, the Holy Spirit, whom the Father will send in my name, he will teach you all things and bring to your remembrance all that I have said to you.” (Jn. 14:15-27 ESV)

Notice how Jesus mentions the Holy Spirit as bookends, using His abiding and continued presence with His disciples as a source of comfort. He first speaks of the Holy Spirit as dwelling with them, using a present tense, and shifting to a future tense regarding the indwelling (cf. verse 17). Jesus then goes onto teach that He will not leave His disciples as orphans but will come to them. This can be taken in the context of the second coming of Jesus, which we know will happen. Or it could also be understood as the Pentecost coming of the Holy Spirit. Given the book ends, the latter seems more in context with this specific moment. Jesus is saying that the Holy Spirit will be His presence among His followers after He goes back to the Father.

Jesus makes a couple statements that seem to really drive this point home. In this passage Jesus promises His return to His disciples, though for a short time He has to leave. Also, in a little while the world won’t see Him anymore but the disciples will (certainly, could be referring to the resurrected Jesus).

But then He says that those who love Him and are the beloved of the Father, these will see a manifestation of Him. The idea of a manifestation is taken to mean physical evidence showing the presence of God. Perhaps this is a changed life, or even more tangible such as the miraculous: the raising of the dead, healing of the sick, casting out demons, all for the sake of proclaiming the Kingship of Jesus Christ!

The last thing said before the final bookend-mention of Holy Spirit is that Jesus and The Father will come make their home in us. This is clearly fulfilled in the coming of Holy Spirit on Pentecost and from then on in the lives of all believers who would submit unto the Lordship of Christ!

So, the Holy Spirit is the manifest presence of the Godhead in those who have placed their lives in Christ’s hands. The Holy Spirit is the Church’s Emmanuel after the earthly ministry of Jesus ended at His resurrection and ascension. It is to this point I believe Apostle John later writes to the early believers in his first epistle.

In this next passage, John writing to warn the Church of the struggles of the “last hours.” Specifically, he speaks to the idea of an anti-Christ rising up. I’ll also add that the words of Jesus seem to line up well with this anti-Christ figure (cf. Mt. 24:23-28) as we’ll dive into shortly. Before that, lets read John’s words:

“18Children, it is the last hour, and as you have heard that antichrist is coming, so now many antichrists have come. Therefore, we know that it is the last hour. 19They went out from us, but they were not of us; for if they had been of us, they would have continued with us. But they went out, that it might become plain that they all are not of us. 20But you have been anointed by the Holy One, and you all have knowledge. 21I write to you, not because you do not know the truth, but because you know it, and because no lie is of the truth. 22Who is the liar but he who denies that Jesus is the Christ? This is the antichrist, he who denies the Father and the Son. 23No one who denies the Son has the Father. Whoever confesses the Son has the Father also. 24Let what you heard from the beginning abide in you. If what you heard from the beginning abides in you, then you too will abide in the Son and in the Father. 25And this is the promise that he made to us—eternal life. 26I write these things to you about those who are trying to deceive you. 27But the anointing that you received from him abides in you, and you have no need that anyone should teach you. But as his anointing teaches you about everything, and is true, and is no lie—just as it has taught you, abide in him.”(1 Jn. 2:18-27 ESV)

There is something very interesting below the surface that wouldn’t have been lost on the earlier believers who actually spoke Greek as a first language. John is using some word-play here with the idea of anointing. Let’s have a crash-course on the various ways the Greek ideas of “anointing” draw out of the passage. “Geeking” in 3… 2… 1…

Let’s look at the word the ESV translates into “anointing” and build from there. If you read other translations like the New Living Translation, you’ll see a different rendering. The NLT and some others use the term “Holy Spirit” here, though not true to the Greek – Hagios (holy) Pneuma (spirit). But this isn’t an issue because even in the ESV and other translations that use “anointing”, they portray it with personality. What’s really cool is the Greek word used here: “Chrisma”. Two things should immediately connect. First, Chrisma sounds like Charismata or Charisma as used in 1 Cor. 12:4 to speak of the gifts of the Spirit (no, charisma doesn’t refer to a charming characteristic) Second, the Greek word “Christos” (which is where we get the word “Christ”) is related. Both Christos and Chrisma are found in John’s passage above and are interwoven into an idea stream.

Paul warns Timothy of this when he says: “But understand this, that in the last days there will come times of difficulty. 2For people will be lovers of self, lovers of money, proud, arrogant, abusive, disobedient to their parents, ungrateful, unholy, 3heartless, unappeasable, slanderous, without self-control, brutal, not loving good, 4treacherous, reckless, swollen with conceit, lovers of pleasure rather than lovers of God, 5having the appearance of godliness, but denying its power. Avoid such people.” (2 Tim. 3:1-5 ESV)

Certainly, all of that passage is worth fully understanding, but pay close attention to verse 5. Do you see it? This describes perfectly the work of anti-Christ. The denial of God’s power (God’s true power) is prevalent in our day. Teachers often speak either against the Holy Spirit’s expressions in the Pentecostal Church all the while teaching righteous living. But the other side is just as dangerous! There are still many other teachers who possess a false power (either demonic or faking it) who seek their own glory.Both extremes are patently false and are grave-markings of the end of our age!

Let me close this out with the words of Jesus on this matter.

23Then if anyone says to you, ‘Look, here is the Christ!’ or ‘There he is!’ do not believe it. 24For false christs and false prophets will arise and perform great signs and wonders, so as to lead astray, if possible, even the elect. 25See, I have told you beforehand. 26So, if they say to you, ‘Look, he is in the wilderness,’ do not go out. If they say, ‘Look, he is in the inner rooms,’ do not believe it. 27For as the lightning comes from the east and shines as far as the west, so will be the coming of the Son of Man. 28Wherever the corpse is, there the vultures will gather. (Matt. 24:23-28 ESV)

Great deceptions are coming from both those who reject the full expression of Christ as manifest by the Holy Spirit, as well as those who have come to deceive us with false signs and wonders. One may feel overwhelmed in this moment, wondering how we can know the truth. As quoted before, John says it best. “But the anointing that you received from him abides in you, and you have no need that anyone should teach you. But as his anointing teaches you about everything, and is true, and is no lie—just as it has taught you, abide in him.” (1 Jn. 2:27 ESV)

There is a great deception at work in the Church. It always has been, since Judas Iscariot betrayed Jesus. And it always will be, until Jesus returns in power and glory! But, those who abide in Christ, in His anointing (not that of another saint of God… ugh, for another day), and in His presence, it’s these who will escape this great deception. The anointing of Pentecost is alive and well today. It’s our sustenance for salvation. It’s our God’s abiding presence, His passionate embrace in our lives, the realization of Emmanuel. Seek this anointing so that you may be equipped as a good worker of the Gospel of our Lord and Savior, Jesus Christ!