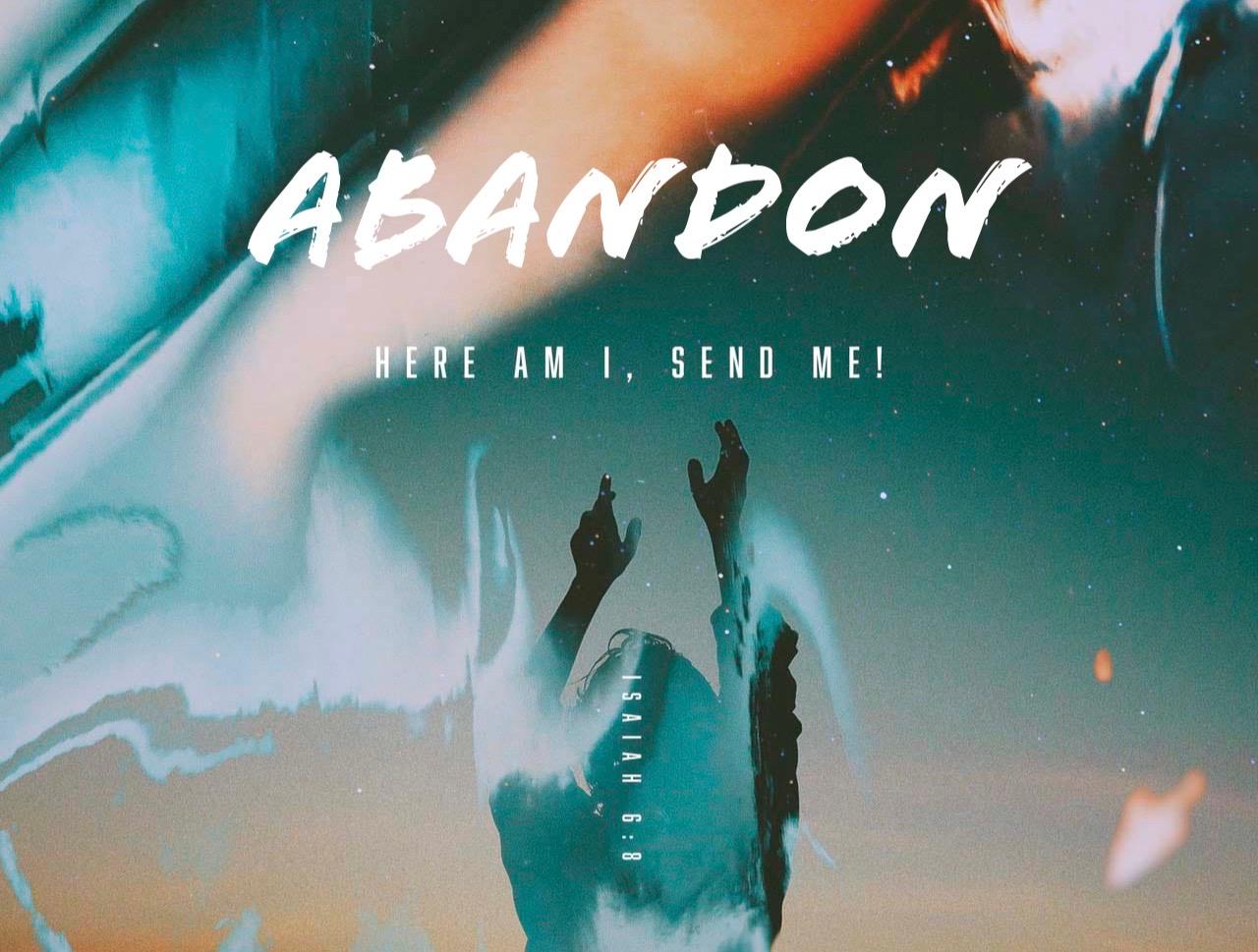 Motivation to do what is right can be difficult to muster sometimes. Most of us would say we want to take the best course of action, the most effective options, or the most successful route in life. However, when something challenging is asked of us, we tend to ask questions back. We should. It’s important to understand expectations. What’s it going to cost me? When should I be prepared to act? How much time will this take? How can I measure my success? What’s the desired outcome?

What if none of those questions could be answered? What if you were simply asked, “Will you help me?” Would you raise your hand to volunteer? Would you go without question? Maybe not if it was just a person or company asking. But what if God spoke to you? What if the calling came with a simple question, “Will you go for Me?”

The prophet Isaiah was faced with this in an era when the volatility and vulnerability of life was palpable. This was a time in ancient Israel when stepping up usually meant being cut down. But Isaiah was face-to-face with his Creator. His eyes were feasting on the most amazing sight they’d ever seen, and would ever behold. How could he ignore the call?

The Book of Isaiah, found in the section of the Christian Bible known as the Old Testament (OT), is a collection of oracles from Isaiah the prophet. This prophet is arguably the most influential prophet of the OT to the Christian faith. His writings contain many prophecies that point to Jesus as the awaited Messiah.

In the sixth chapter, Isaiah recounts his vision of God’s Throne. This is a scene of great wonder playing out. The imagery cast into our minds can hardly express the awe of the moment. With that, let’s read this powerful narrative!

And the foundations of the thresholds shook at the voice of him who called, and the house was filled with smoke. And I said: “Woe is me! For I am lost; for I am a man of unclean lips, and I dwell in the midst of a people of unclean lips; for my eyes have seen the King, the Lord of hosts!”

Then one of the seraphim flew to me, having in his hand a burning coal that he had taken with tongs from the altar. And he touched my mouth and said: “Behold, this has touched your lips; your guilt is taken away, and your sin atoned for.” And I heard the voice of the Lord saying, “Whom shall I send, and who will go for us?” Then I said, “Here I am! Send me.”

In this moment, Isaiah is called on by God to be His spokesman. He is commissioned by the Almighty to the work of His prophet. What’s more, Isaiah would’ve had no idea just how impactful he would be for the future of this holy kingdom.

There are so many powerful and interesting things in this calling narrative. We could spend pages upon pages dissecting this magnificent scene unfolding. The seraphim. Who are they? The train of His robe. It fills the temple? What temple? A coal cleanses Isaiah by touching his lips. How is this a reasonable response? Many more things could be addressed. But for the sake of this post, only one is of most significance to our lives and callings today. Isaiah’s reaction! “Here I am! Send me.”

If you go back and read that narrative again, you’ll find something lacking prior to Isaiah’s response. There is no plan laid out. No explanation of what God is needing other than someone to go. Isaiah has no clear vision of what God was asking him to do, only that God was asking. So, with no idea what he was raising his hand for, he steps out in faith and volunteers. Now, reading on we will find that Isaiah builds up the courage to ask God how long this will take. But it comes after his commitment to go.

Isaiah’s faith amazes me! He trusts God with complete abandon. He’s abandoned his own future plans. He’s abandoned safety and security. Eventually, he would abandon his very life. Certainly, he’s heard of the others God had called. So often these prophets of God paid for their faithfulness at the sacrifice of life’s comforts. So many were rejected by their family, their friends, or their societies. Others paid with their lives.

I’m reminded of the life a man named Simon, who Jesus fondly called Peter. Of the many stories that would fit here, from his call to follow Jesus, to the last days with his resurrected Lord asking Peter to feed His sheep, one stands out. This story is found in Matthew’s Gospel, in chapter 14. The focus of the story is often put on Jesus, as it should be. But for a moment I want to focus on another part of the story that speaks so powerfully to faith. Somewhat to victorious faith, and somewhat to failed faith. But faith, nonetheless!

Jesus had just finished feeding the 5,000 after one of His sermons. After dismissing the crowd and telling His disciples to go on without Him, Jesus climbs a mountain to spend some much-needed time with the Father. His disciples head out onto the Sea of Galilee. While out there, the weather gets bad and the disciples find themselves struggling and fearful. Then, to add to the drama of the moment, Jesus decides to meet up with them. But not in another boat; He’s walking on the water!

Peter, who seems to be a “speak first, think second” kind of guy, responds, “Lord, if it is you, command me to come to you on the water” (Mt. 14:28, ESV). It’s an odd request, for sure, but Jesus goes with Peter’s line of thinking, calling him out of the boat! The story continues, “So Peter got out of the boat and walked on the water and came to Jesus” (Mt. 14:29, ESV).

Peter walked on water, then took his eyes off his Master and sunk like a rock. There’s a simple message there, “keep your eyes fixed on Jesus.” For the sake of this article, I want to focus on Peter’s victory. Peter got out of the boat. No other disciple can lay claim to walking on the water with Jesus. This is because no other disciple had the faith to get out of the boat. Peter did. He stepped out into certain death but was so fixed upon his Lord that none of that matter. Jesus said to come. Peter listened. Even in his failure to keep his eyes focused on Jesus, he is found victorious by calling out to Jesus for help as he sank.

Like Peter, Isaiah had no idea what was coming. But he, also like Peter after him, beheld the Face of the Master and couldn’t help but jump. Isaiah’s bold faith was not that God would keep him safe, but that no matter what, God had called. And if God was calling, God would sustain him through the trials that laid ahead. If God was calling, he, like Peter, would jump out of the relative safety of his current situation and “walk on water.”

With no road map, no vision of things to come, no promise of prosperity, safety, or even his next breath, Isaiah raised his hand and answered God’s question, “Whom shall I send, and who will go for us?” It is often taught that clear vision, plans of action, gauges for success, and an end-goal are “must haves” for success. I’m not discounting those at all. However, let’s learn from Isaiah’s life and ministry. Such was arguably of greatest influence over the Church, inasmuch as Christ, Himself quoted from Isaiah to define why He came. In Isaiah we find the most important ingredient in our life-journey with the Father. Complete abandon to self. This takes a faith that will say yes to God, even when all (or most of) the pieces of the puzzle aren’t clear.

God is still seeking a faithful people who would risk it all for the sake of the Gospel. He can still be heard asking, “Who will go for us?” May we, the modern Church, be known for such abandon. An abandon that’s willing to walk with God wherever He may lead, even if it’s out on treacherous waters. He is looking for those He may send. Will we be found faithful? Will we be counted among those who cried out “Here I am! Send me!”?